An audio jack manufacturer sent a (well-placed) sample of stereo TRS jacks along with the parts for Via. This naturally raised some questions:

How would a eurorack system built for stereo with TRS jacks work? Could you make compelling spatial effects with basic dual processing blocks and CV pairs? Would this be empowering or confusing for musicians?

We have taken some first steps and want to share our progress, because we know we can't come up with the answers on our own.

It might go somewhere, it might not, it might take a left turn, others might get inspired and pick up the reins, but either way, we certainly aren't heralding this as the "next big thing".

For now, its just a satisfying new direction to explore after the monolithic Via project. 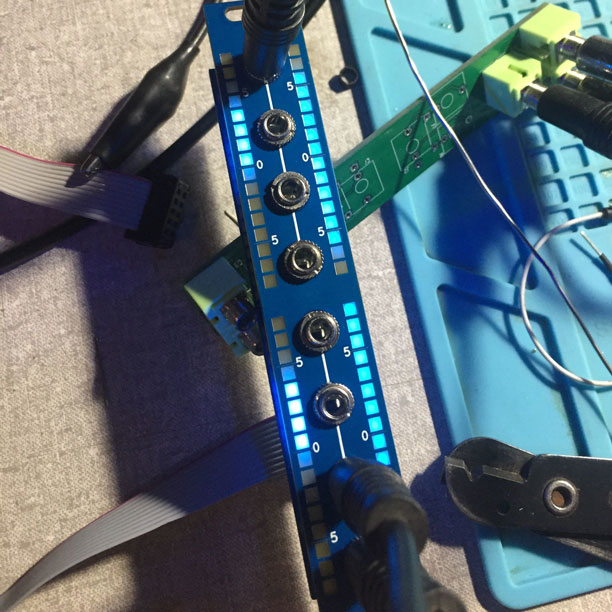 The initial approach is of the "keep it simple, keep it analog, keep it modular" spirit. Focus on the power of ganged manual control over independent voltage pairs (for audio or CV).

Break down tried and true stereo processing schemes into the atomic blocks, and start with those modules. When it comes down to it, a panner is just two VCAs with the right CV pair and control interface. Turns out it works pretty well if you use those same CVs with a pair of filters. 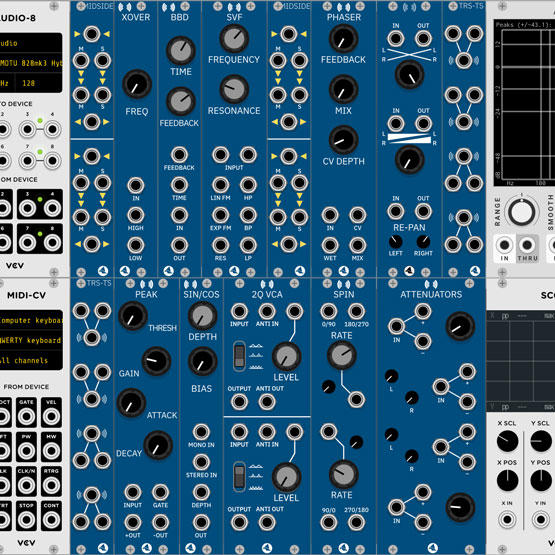 Via was an excercise in exploring the potential of a common form factor. In contrast, we want the TRS system to be as liquid as possible until we have some clarity in making design decisions.

Module ideas are being prototyped in VCV Rack. This, for us, represents a new way of using Rack: mocking up new devices instead of modelling existing ones.

Essential circuit blocks are being prototyped as small modular "backpacks". The goal here is to do circuit design work that can be reused if the whole TRS modular thing doesn't pan out.